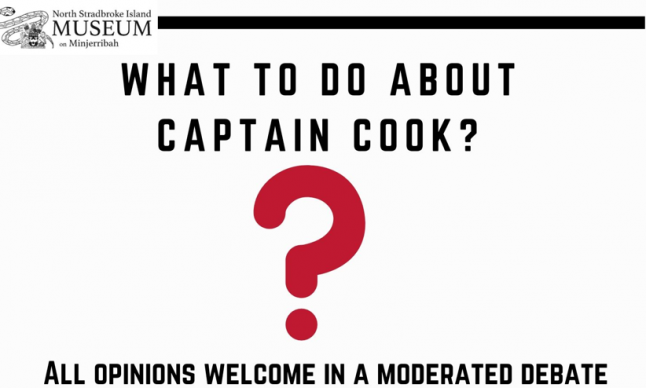 What to do About Captain Cook?


The Australian Government has allocated $48.7 million to commemorate the 150th anniversary of Cook's first voyage. It includes a 14-month trip by the replica of the Endeavour. This will pass the east coast of Minjerribah/North Stradbroke Island at the end of the second week of May 2020.

On 22 August 1770, Cook claimed possession of the whole Eastern Coast of New Holland in the name of King George III, naming it New South Wales.

The NSIMM has committed to 'walking together' on the basis of three phases of Island history; over 25,000 years of First Nations occupancy, colonial occupation and nearly 200 years of economic and social sharing.

Critically there should be debate about what stories and whose history should be told.